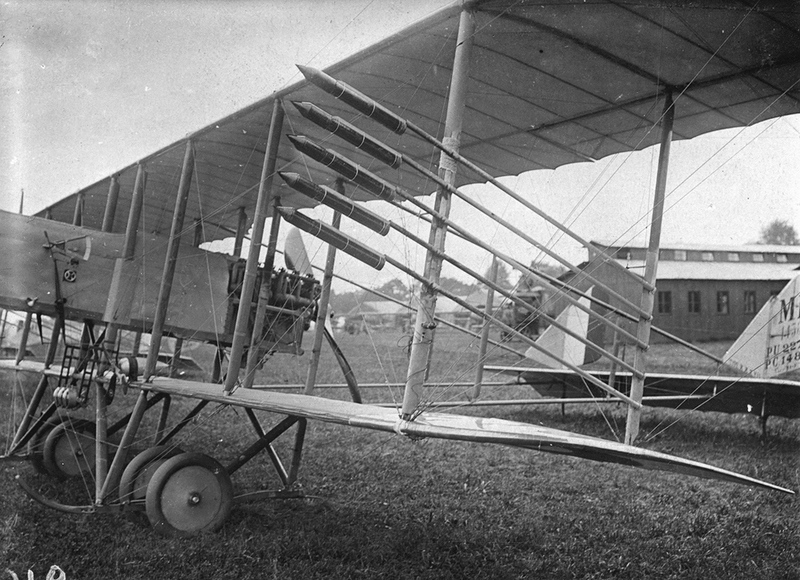 A biplane with rockets crudely attached to the struts. 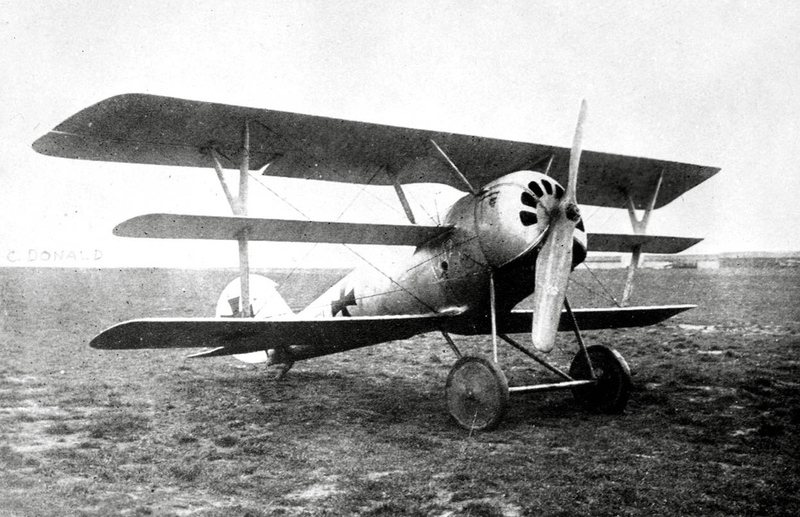 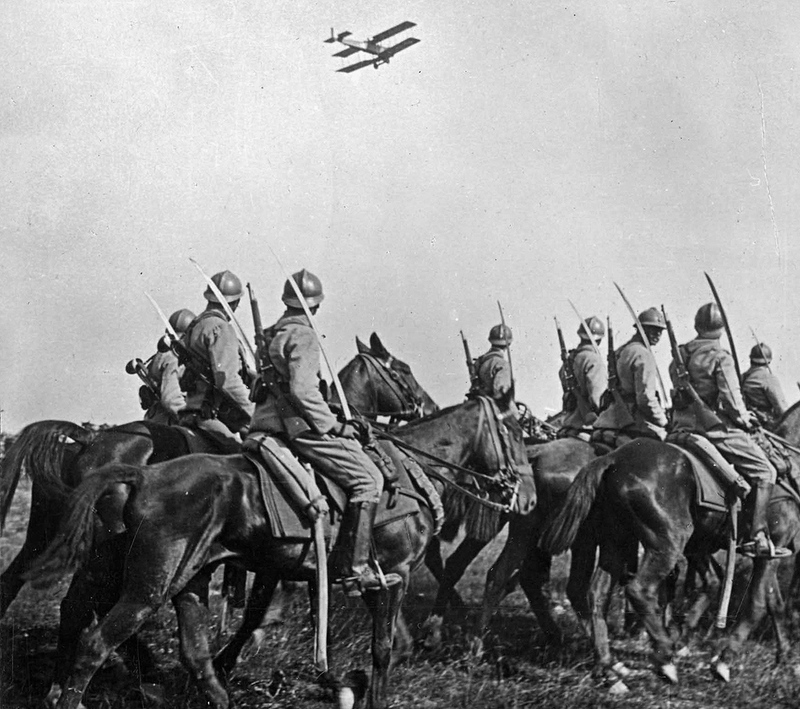 Cavalry watch an airplane fly past. This photo also highlights the technological disparity that was a common theme throughout WWI.

At the beginning of World War one, airplanes were mostly used for providing reconnaissance to troop commanders on the ground. On many occasions, reconnaissance included photographs and written reports about troop movements and supply movements. Troop movement on the Western Front stagnated as a result of trench warfare; therefore, the demand for reconnaissance photographs exponentially increased.

Although airplanes were mainly used for reconnaissance, scientists and engineers on both sides worked quickly to turn the airplane into a tactical fighting machine. As seen in the Chicago newspaper, The Daybook, the first attempts of aerial bombings were done by pilots who simply dropped small bombs and grenades over the sides of airplanes by hand. By 1915, heavier bombs and airplanes with the capacity to carry larger quantities of heavy bombs were manufactured. Additionally, the use of bombing squadron formations led to a more sophisticated and deadly form of aviation warfare.

Air-to-air combat was another form of aviation warfare that drastically improved over the course of the war. At the beginning of the war, reconnaissance pilots were only equipped with small side-arms for defense. By 1915, Germany, and then the Allied forces in 1916, developed an interrupter gear which allowed bullets from the mounted machine guns to fly through the front propellers of the aircraft without damaging the propellers themselves.

1.) Why do you think the development of aerial warfare shifted from reconaissance to all-out destruction?

2.) Was reconnaissance still a crucial element of aerial warfare at the end of WWI?