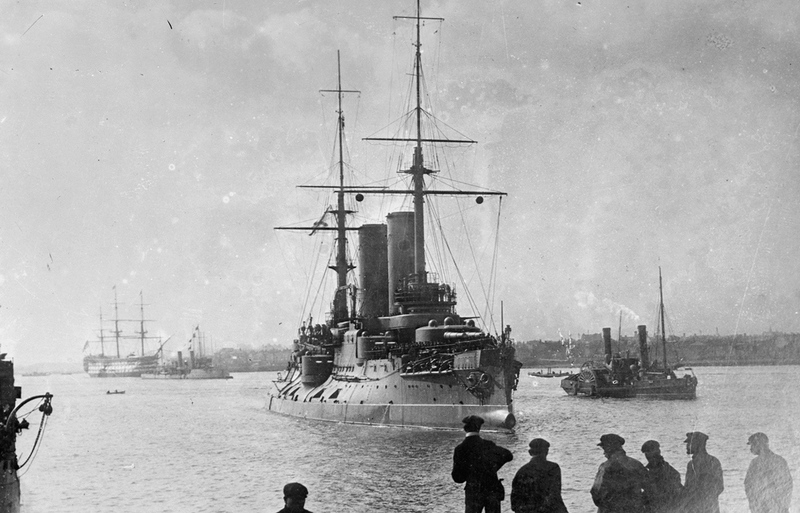 A Russian battleship passing an older British warship (in the far back left), ca. 1915. 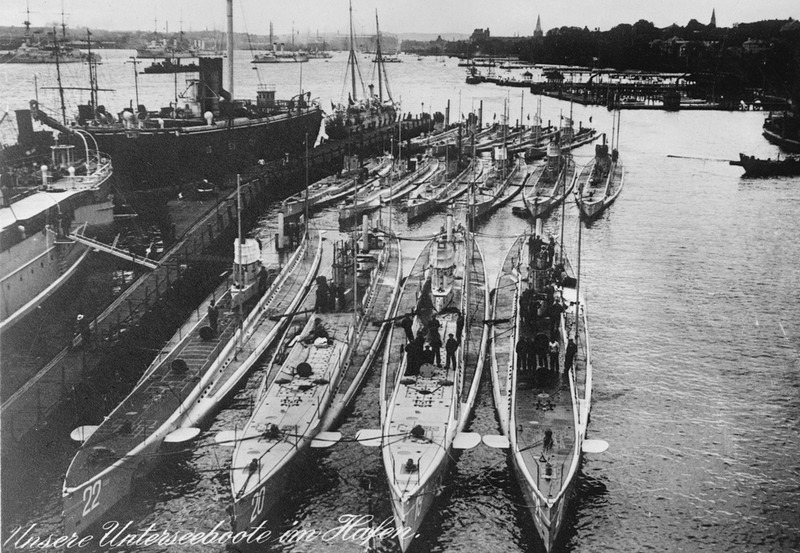 German submarines in a harbor. The submarine in the front row, second to the left, is the sub that sank the Lusitania. 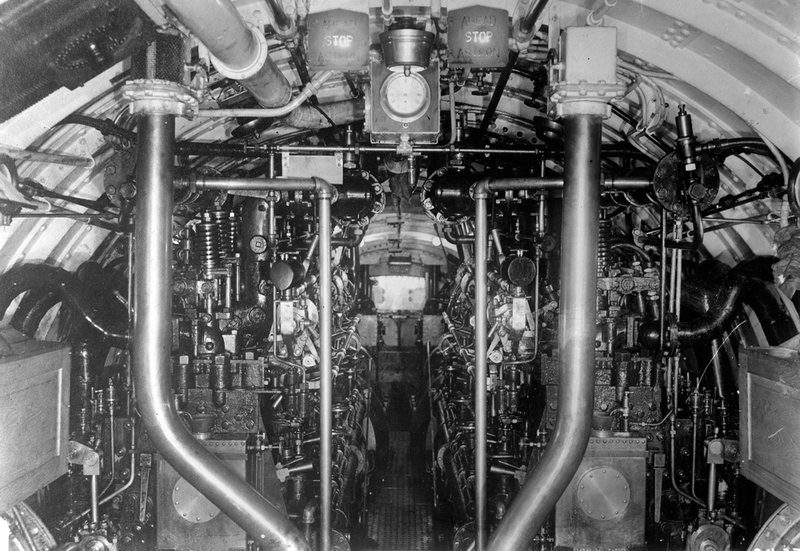 The numerous and intricate mechanisms of a submarine's interior.

Naval technologies such as "Dreadnought" class battleships and submarines drastically reshaped how warfare was fought on the seas. Around 1904, the United Kingdom's Royal Navy invented the Dreadnaught battleships which were the largest, most powerful ships of their time. Even the Russian battleship (pictured to left) was still much smaller than a British Dreadnought.

The United Kingdom used its unparalleled naval prowess to blockade the North Sea, preventing Germany from importing important resources across the Atlantic Ocean. Germany responded by developing submarine technology to remain undetected and avoid the blockade.

Additionally, German submarines, or U-Boats, became notorious for using stealth and torpedoes to either arrest or destroy allied warships and civilian commercial ships alike. German destruction of innocent commercial ships, such as the RMS Lusitania, which was sunk on May 7, 1915, became known as "unrestricted submarine warfare." The Allies developed anti-submarine weaponry and began to drive in convoys to lessen the chance of being attacked by German submarines.

1.) How is the Dreadnought battleship a reflection of the United Kingdom's industrial and naval power?

2.) Why do you think "unrestricted submarine warfare" was a tactic that the Germans used throughout WWI?