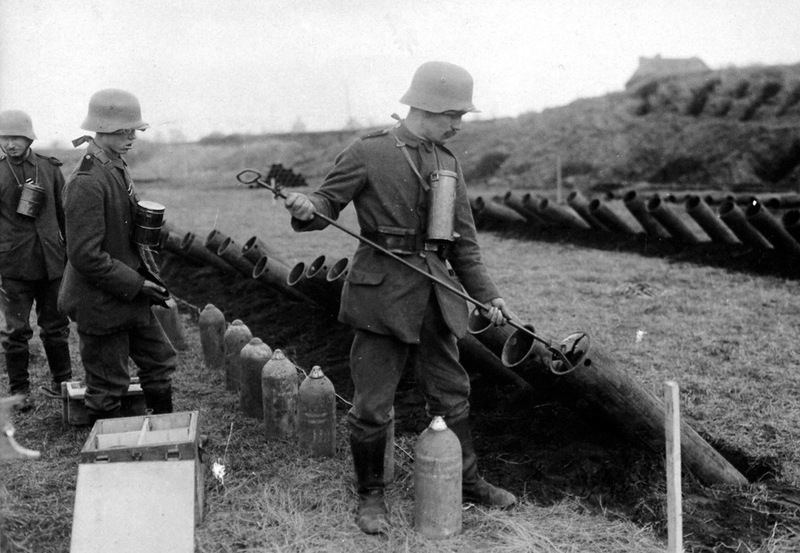 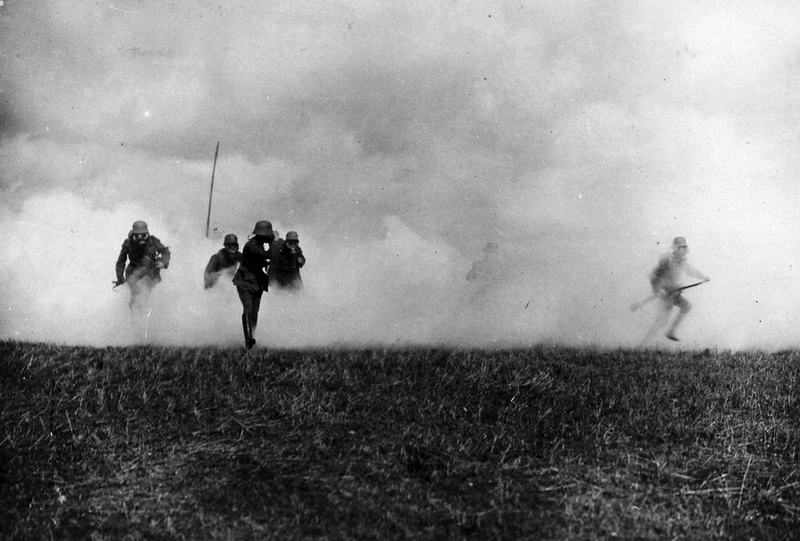 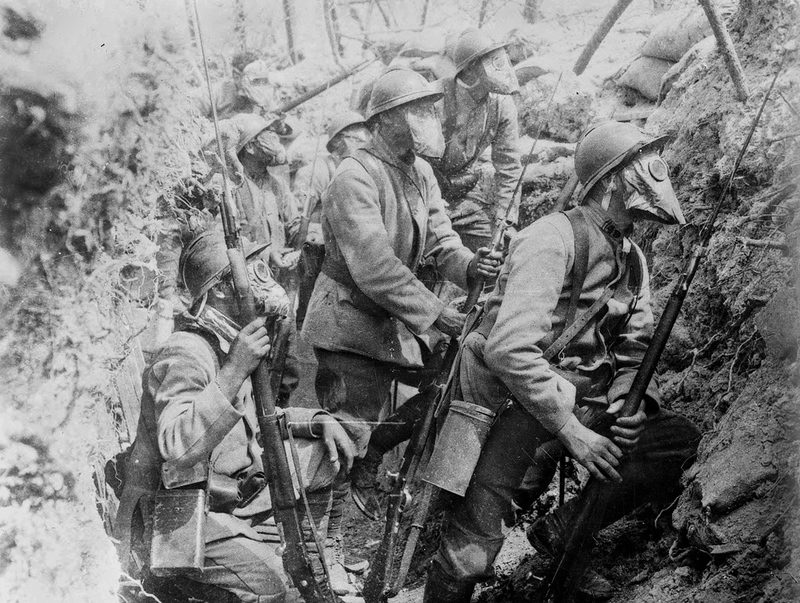 Allied soldiers in a trench with gas masks equipped.

The development of chemical technology in the early 1900s was originally intended for agricultural and industrial purposes. However, World War One was the first time these commercial chemicals were used for inflicting damage on human beings. There were four main chemical gases that were weaponized to inflict maximum damage upon soldiers on both sides of the war. Additionally, the four different gases became increasingly effective as the war continued.

Tear gas was first used by the French in August of 1914 during the battle of the Frontiers. While tear gas was not considered lethal, it did have the potential to slow down enemy troop movement by irritating the eyes, throat, and skin of enemy combatants. Chlorine gas was deadlier than tear gas because it caused the victim’s lungs to fill with fluid which effectively drowned enemy soldiers. Phosphene gas had the same effect on soldiers as chlorine gas except phosphene was colorless which made it harder to detect. Mustard gas left an oily residue which made it easier to seep into soldiers' skin and often caused temporary blindness. Mustard gas also left victims with long-term respiratory issues and resulted in permanent scarring of the skin.

Chemical warfare was one of World War One’s most inhumane features. As a result of the horrific gas attacks that killed thousands of soldiers, the United States signed an international agreement on July 17, 1925 banning chemical usage in combat. For more information about this agreement, please refer to the U.S. State Department's narrative of Geneva Protocol.

1.) Why do you think chemical warfare was unconventional?

2.) How could the usage of chemical warfare lead to other technological innovations in WWI?