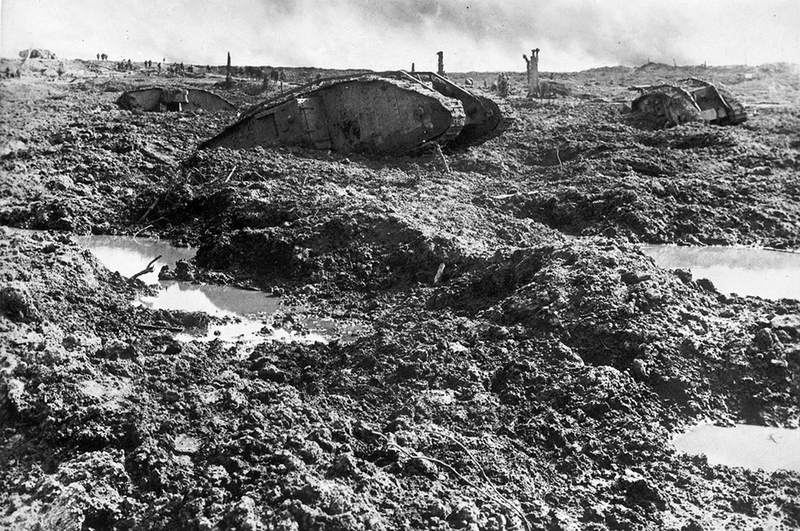 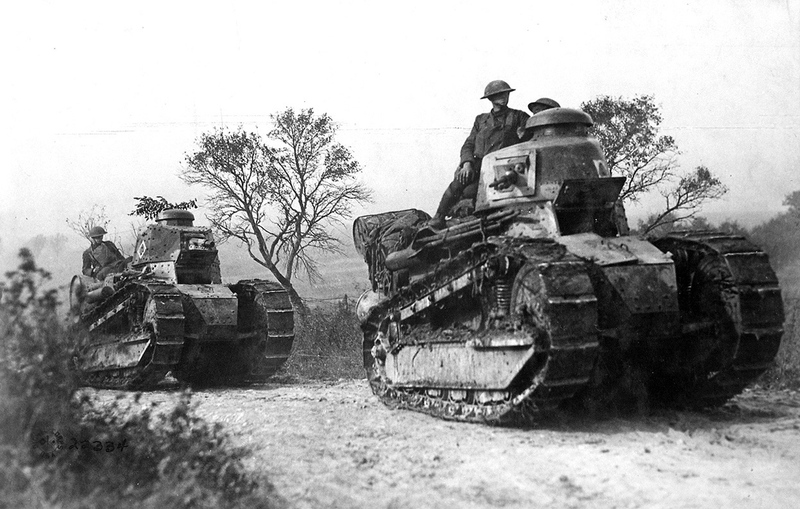 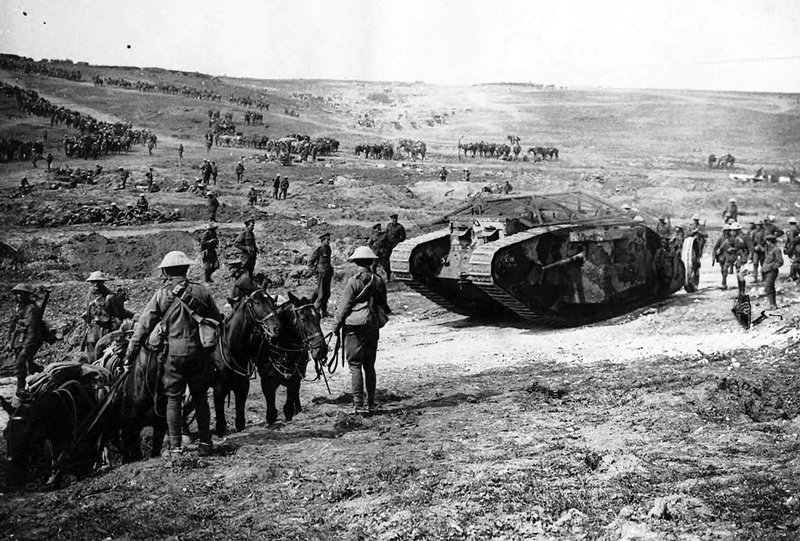 British Mark I tank accompanied by soldiers with mules and horses.

Around 1900, advancements in steel technology led to the production of heavily-armored vehicles such as trains and cars. However, the armored vehicle, or "land ship," that revolutionized modern ground warfare was the tank. In fact, developers of the United Kingdom’s Royal Naval Air Service Armored Car Division used the name “tank” as a code word referring to “Russian water tanks” so that enemy spies would be unaware of what the developers were actually building.

The British invention of the tank made its debut during the battle of the Somme on September 15, 1916. As British soldiers on the frontline cheered, German soldiers fled. However, the British lost the element of surprise as Germans were able to hear and see tanks approaching due to the tank’s loud engine and sparks that came out from the exhaust pipe. Additionally, the crewmen on Mark I tanks had trouble seeing where they were going, and they also had great difficulty getting in and out of the tanks when they themselves were under fire or the tank itself was on fire.

Toward the end of the war, American, French, and British tanks had formed battalions, made improvements to existing models, and created newer models. Interestingly enough, the Germans never quite capitalized on the development of tank warfare until World War Two.

1.) How might the introduction of the tank affect battlefield strategy?

2.) What were some solutions to countering the tanks ability to traverse the battlefield with ease?