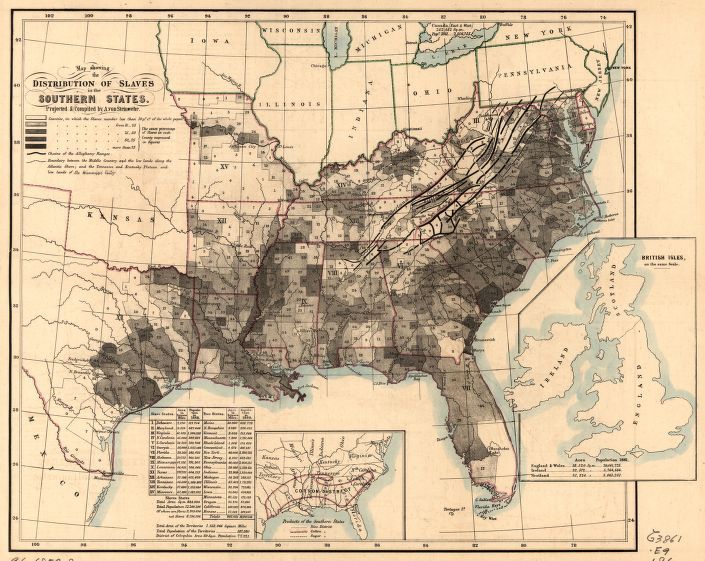 Map of Slave Distribution in the Southern States

The Darker areas have a higher population of Enslaved people

In the United States enslaved people were used as free labor in nearly every aspect of life. On Southern plantations, the enslaved worked from dawn to dusk in the fields, or in the houses tending to their masters' wishes from early morning to after midnight. In the industrial North, the enslaved were used as personal servants and chauffeurs, and worked as apprentices in trade shops, on the docks as longshoremen, or were used to make profits themselves as the New England colonies were notorious for treating enslaved people as animals--mostly by breeding and selling them at markets. 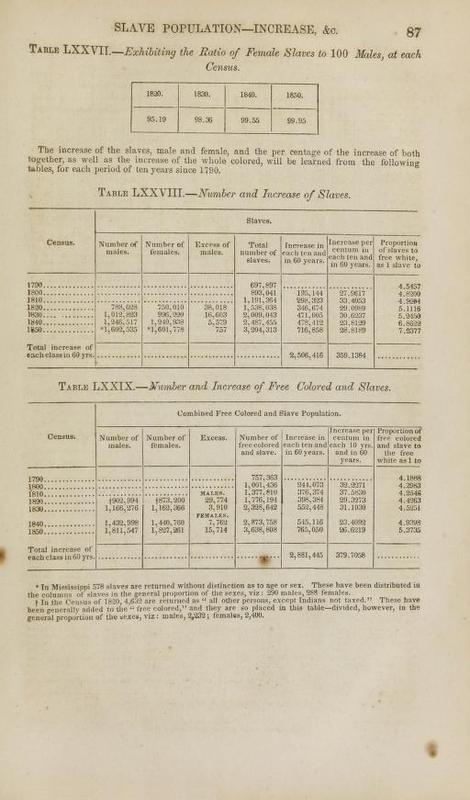 Non-consensual relationships between masters/mistresses and enslaved women and men date back to the beginning of the institution of slavery in the United States.

After the importation of enslaved persons was outlawed in 1807, masters were forced to turn to slave breeding to keep the institution alive. This was done through a more liberal use of rape as punishment, forced relations between an enslaved couple, and the exploitation of relationships among the enslaved. Masters were also more willing to allow mixing between plantations if the rapes resulted in children.

Women and couples were also punished if they did not have children quickly enough.

The results of this forced breeding can be seen in the U.S. Census of 1854, which shows the increase in the enslaved population between 1790, when the first U.S. Census occurred, and 1854.

The role for enslaved people in Morocco differed greatly from the role they played in the United States. Enslaved men were used as soldiers, artisans, factory workers, and shop assistants. Women on the other hand were often used as concubines or as domestic workers within the household. Moroccan slaves were often skill workers and were trained to be useful to their masters.