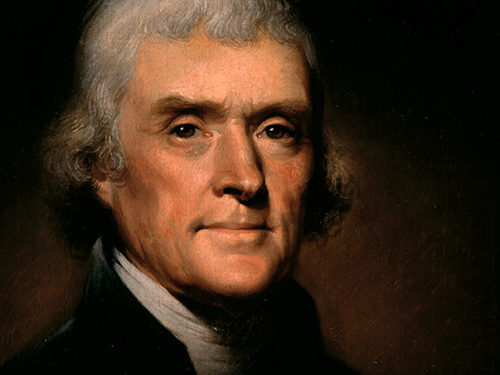 A portrait of Thomas Jefferson, the third president of the United States.

Thomas Jefferson, the primary contributer to the Declaration of Independence and the third president of the United States, was a strong promoter of libirty and freedom. Interestingly enough, he did own slaves and believe that Africans were an inferior race, which he claimed was supported by probability in his own research and observations. That being said though he did believe in the abolishment of slavery and made attempts to do so. Even though he could not end slavery on a national level he did stop its spread into the North-West territories through inspiring the North-West Ordinence Bill.