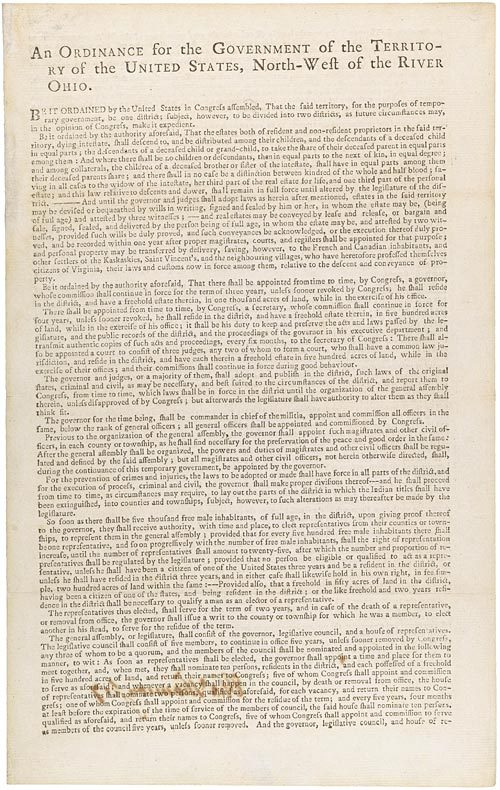 This ordinance set the president for which future states would be admitted into the union. It also outlawed the expansion of slavery into the North-West/ohio territory.

As the United States expanded westward, the issue of slavery had still not been addresed. The solution to this issue was to create a fairly standardized means of westword expansion that simply prohibited slavery in the soon to be new states. This bill, inspired by Thomas Jefferson, did both of these things at once.