This political cartoon, published in 1861, depicts an interaction between a slave and his master in a plantation home.

This book was written in 1859 about the responsibilities of christian slave masters in the southern United States.

Slave masters in the 18th and 19th centuries did have expectations that some chose to uphold. This often included suppressing their native languages and traditions and teaching them English and coverting them to Christianity. Some Christian slaveowners took this responsiblity very seriously. In 1859, Holland McTyeire published a book on these expectations, spreading the knowledge of how to better fulfill their duty as a slave master.

This political cartoon depicts a reserved situation in which the slave is beating the master, instead of the other way around. 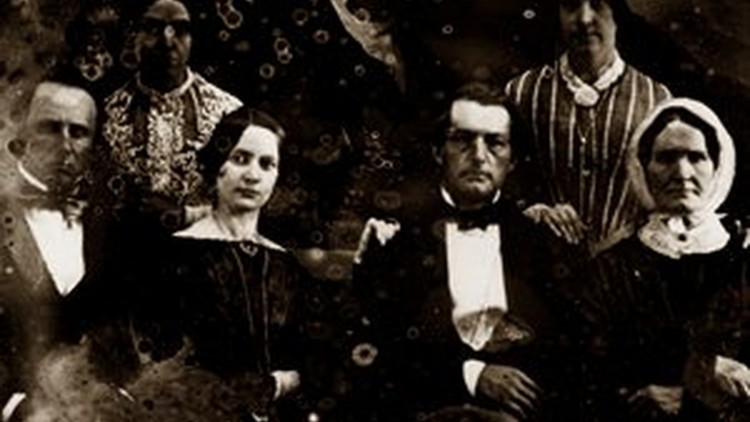 This a daguerreotype of the Butler Family. Pierce M. Butler is seated at the far left, and next to him his wife, Fanny Kemble Butler. After the couple divorced, Pierce plunged into financial ruin, and decided to sell over 400 slaves that belonged to the Butler family. For Fanny, her short time on the plantation made a lasting negative impact on her. Fanny would go on to write the book Journal of a Residence on a Georgian Plantation in 1838-1839, which detailed her time on the Butler plantation. Her book would become influential in the anti-slavery movement, and she would become an abolitionist, as well. 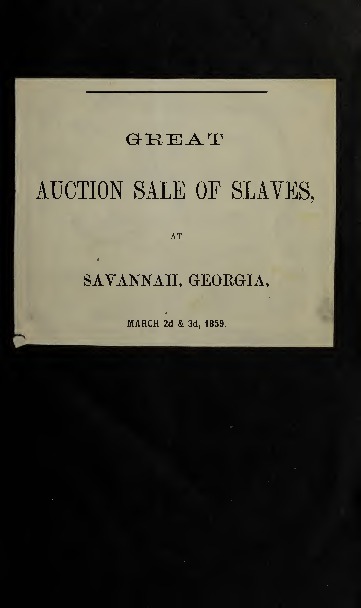 This is an account written by Q. K. Philander Doesticks (the pen name of Mortimer Thomson) for the New York Tribune. It details the auction of 429 slaves from the Butler family in Savannah, Georgia.

This passage describes the seperation of families after they have been sold at auction. 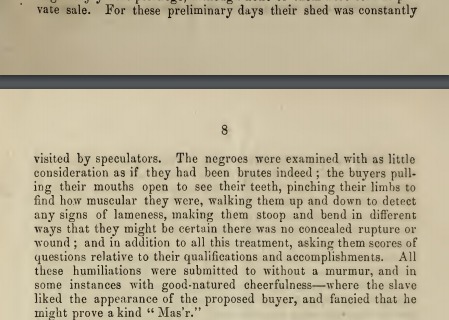 This passage describes the humiliating way slaves were examined by prospective buyers before they were sold. 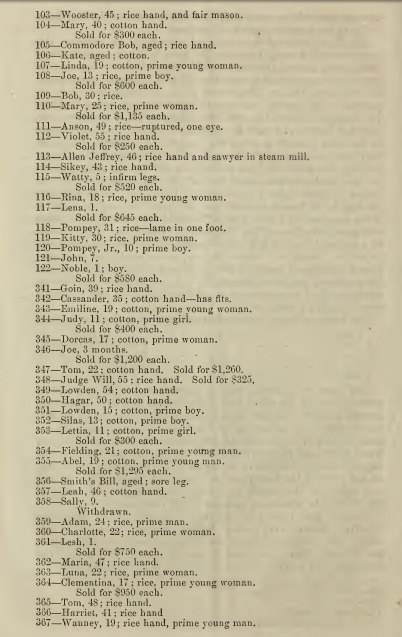 This list of slaves shows how slaves were labeled for organization at auction.

In this passage labeled "The Market Value of An Eye," the author describes how a body deformity effects the price of a slave. In this case, a missing eye discounted the slave by $240.