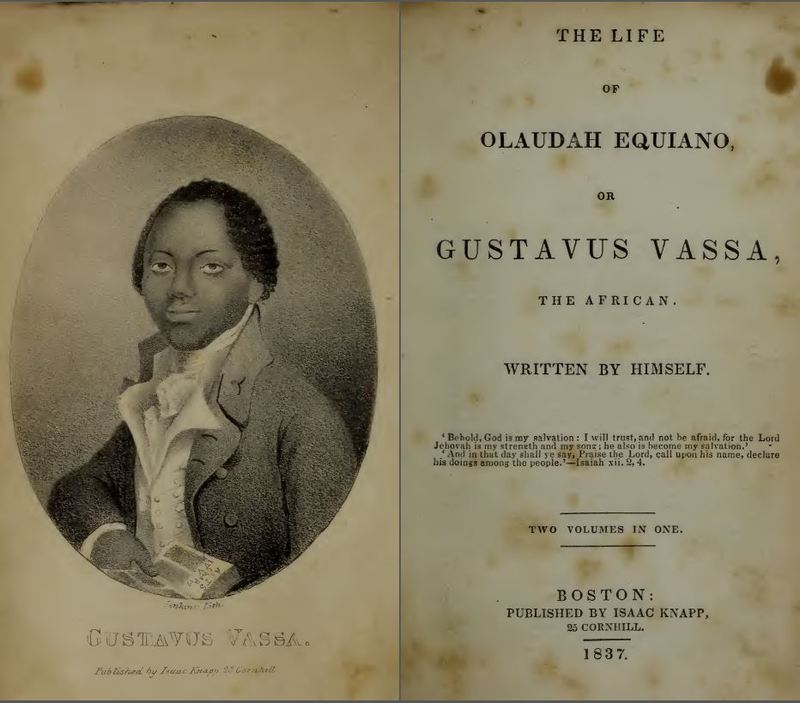 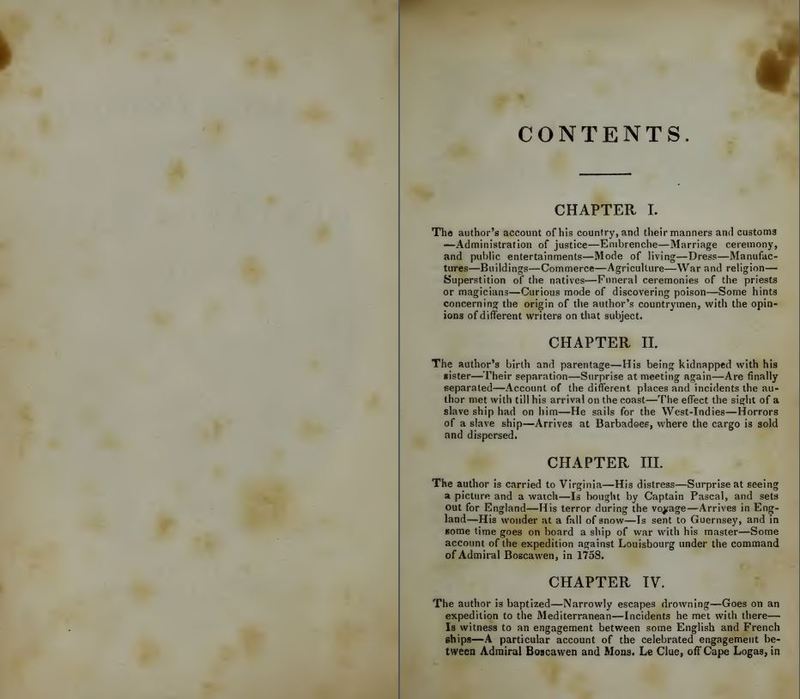 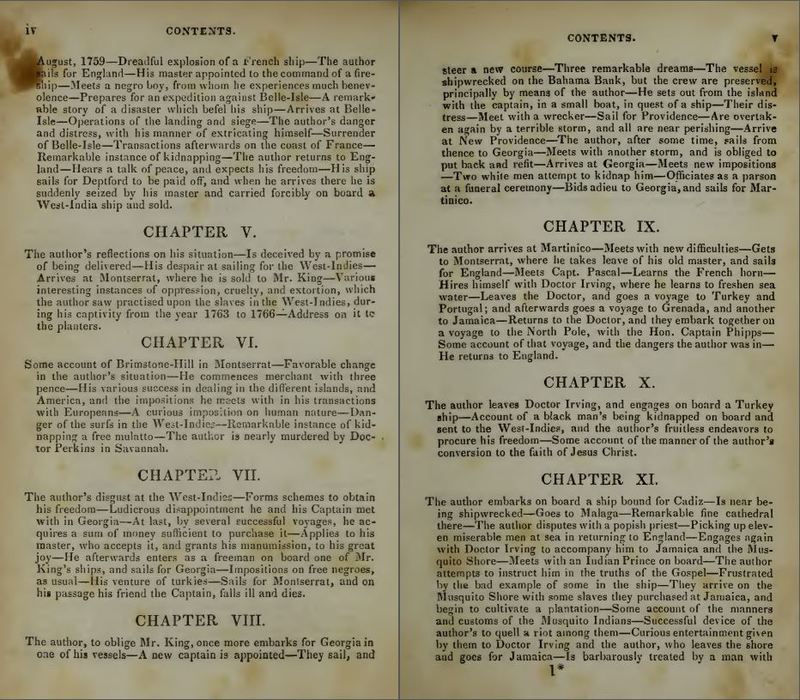 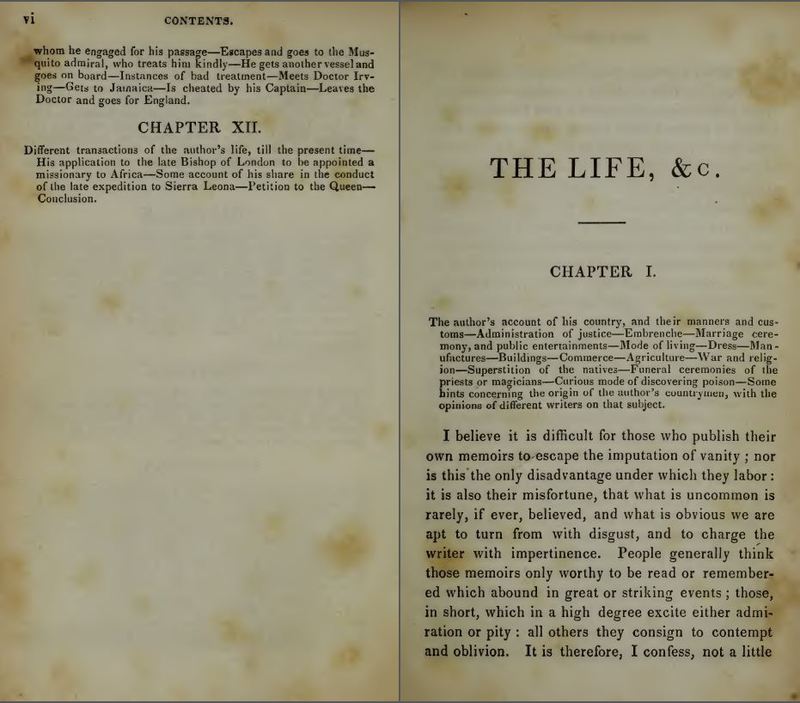 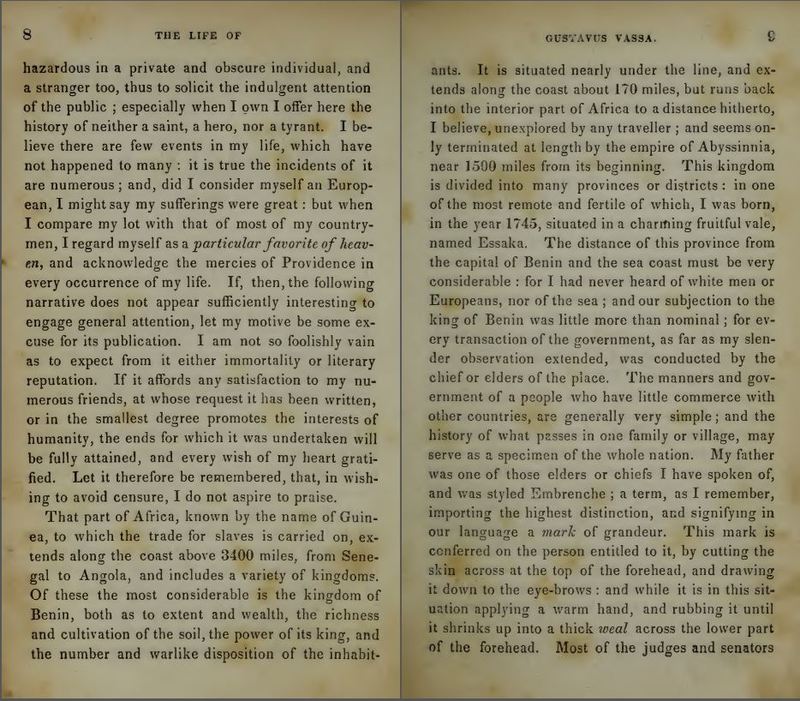 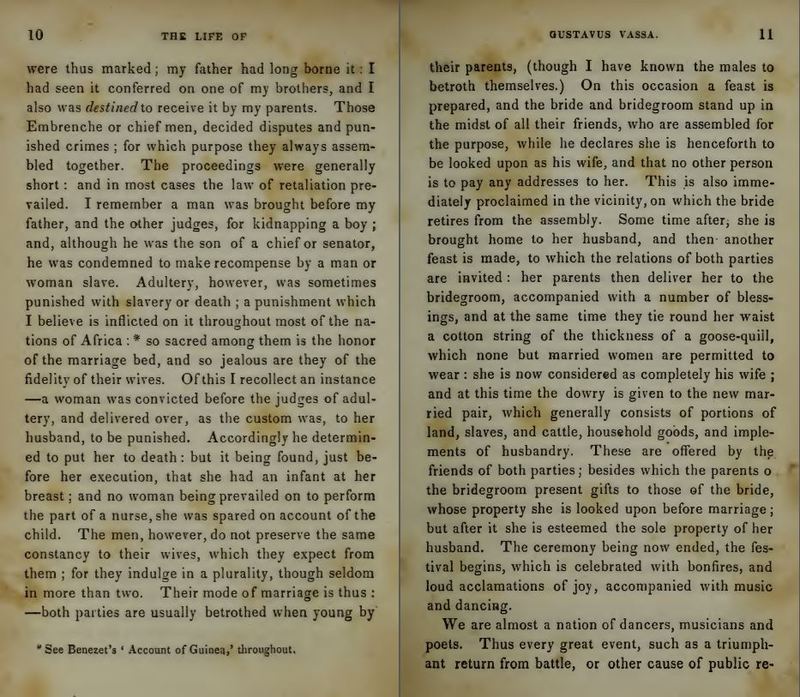 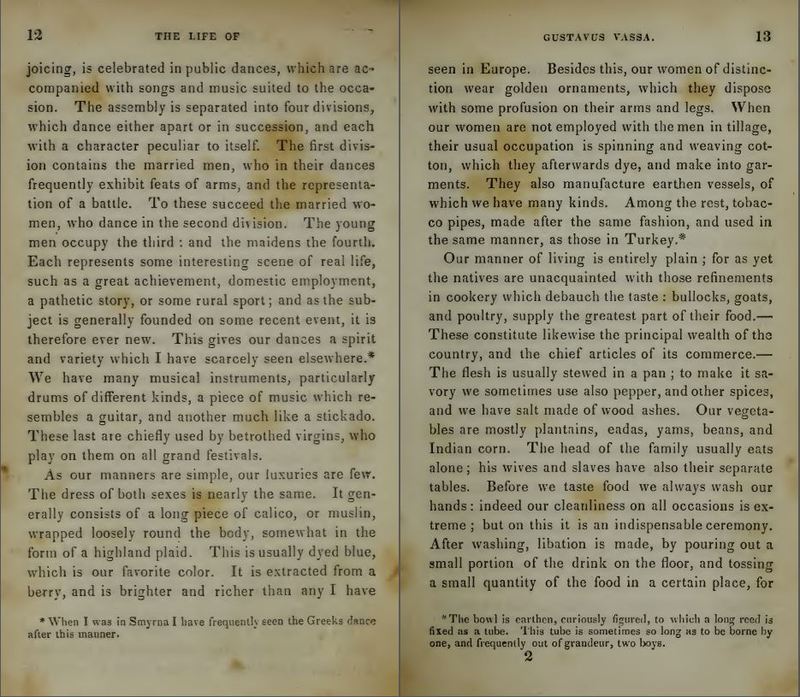 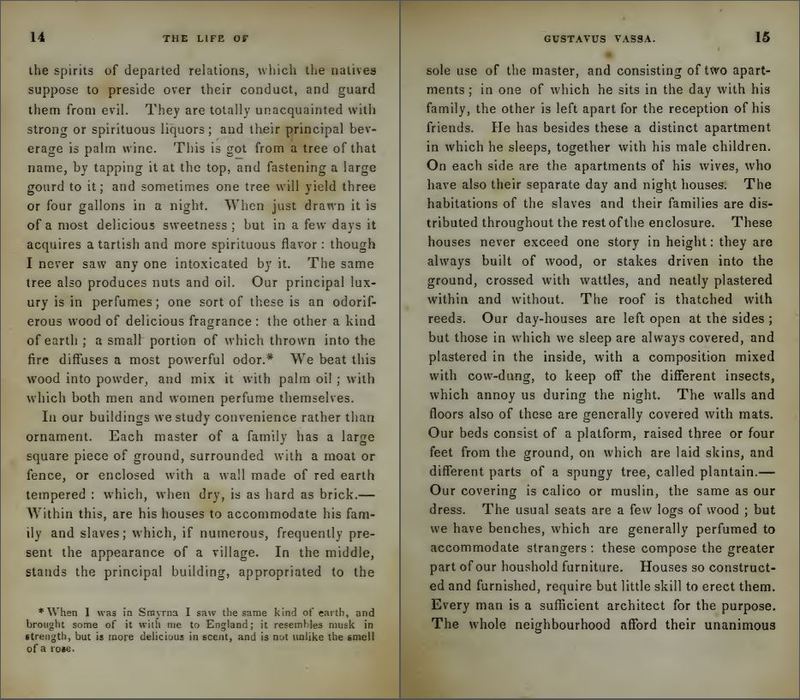 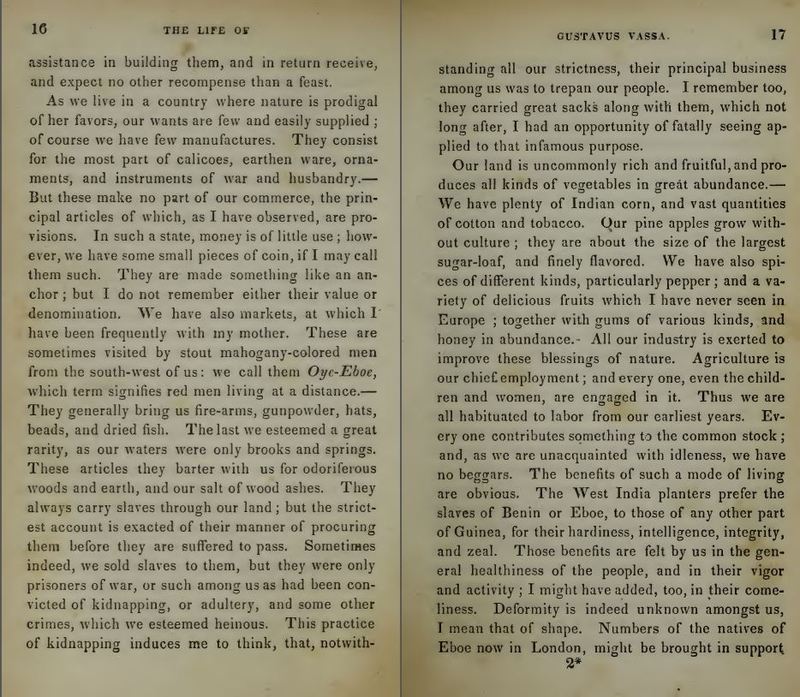 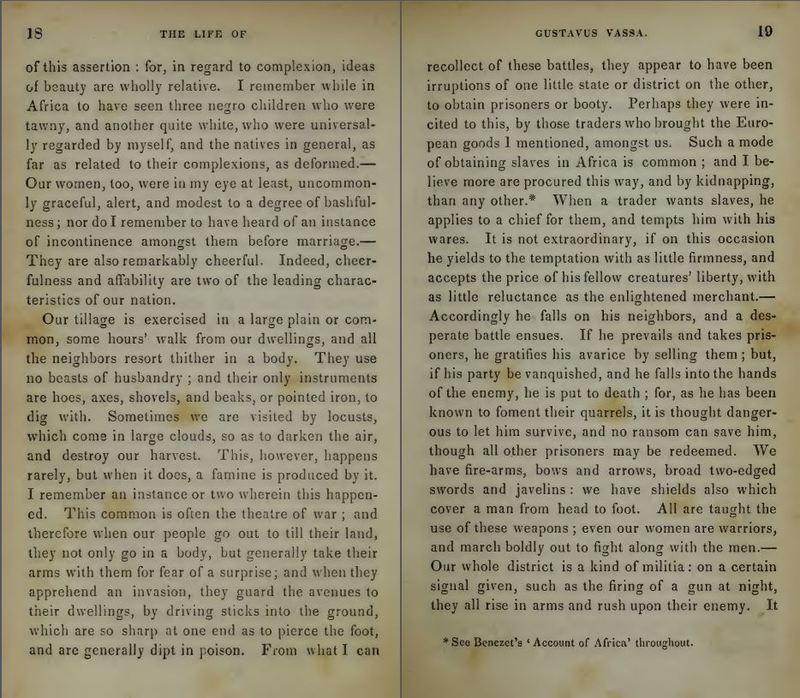 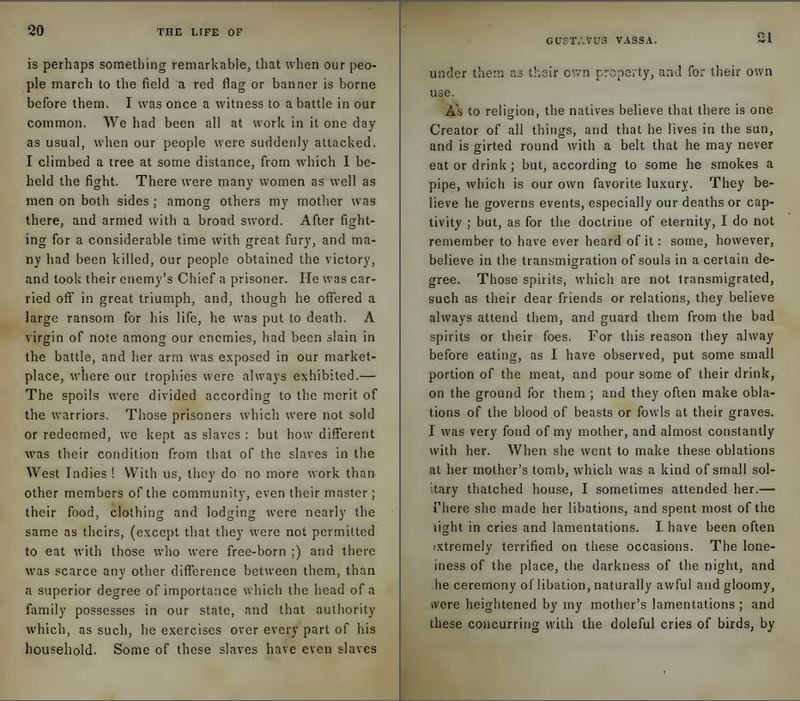 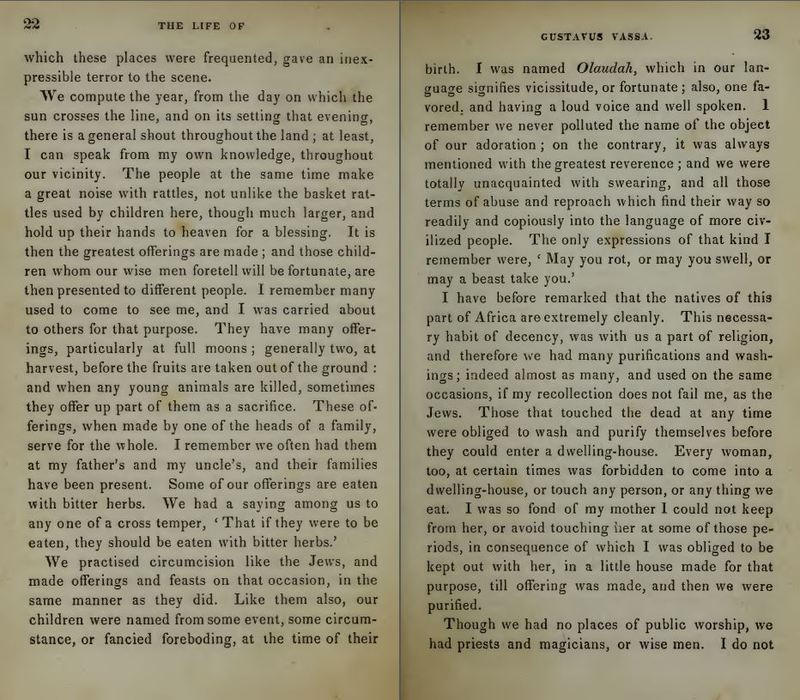 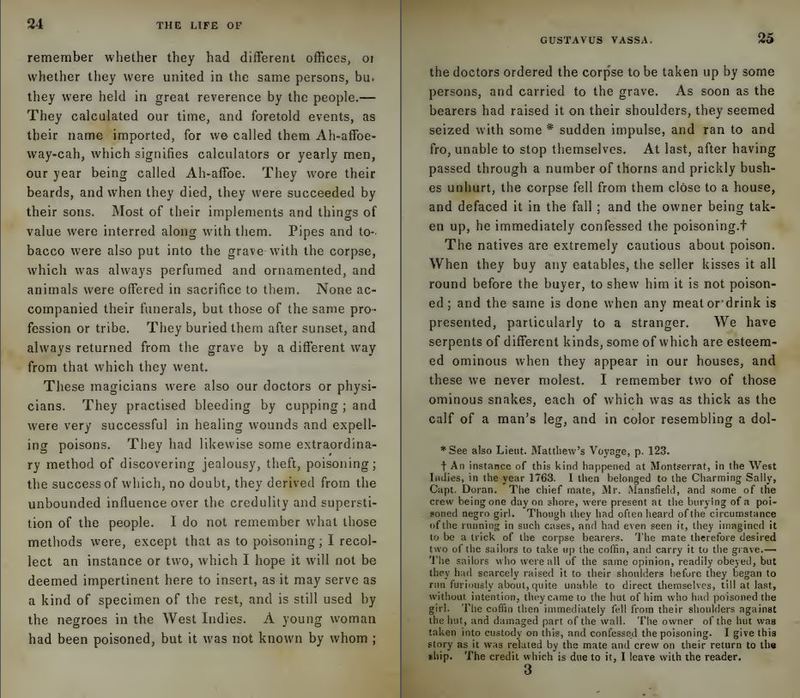 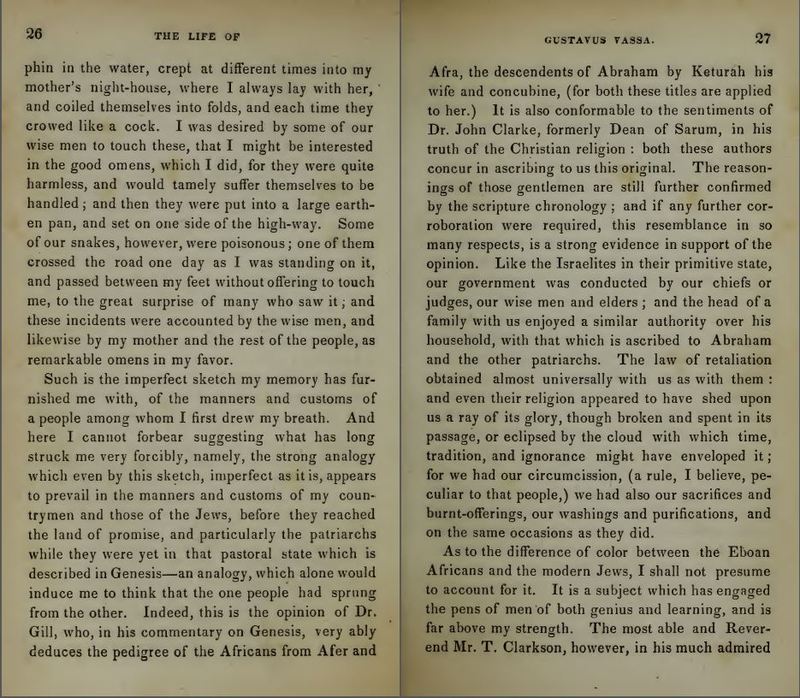 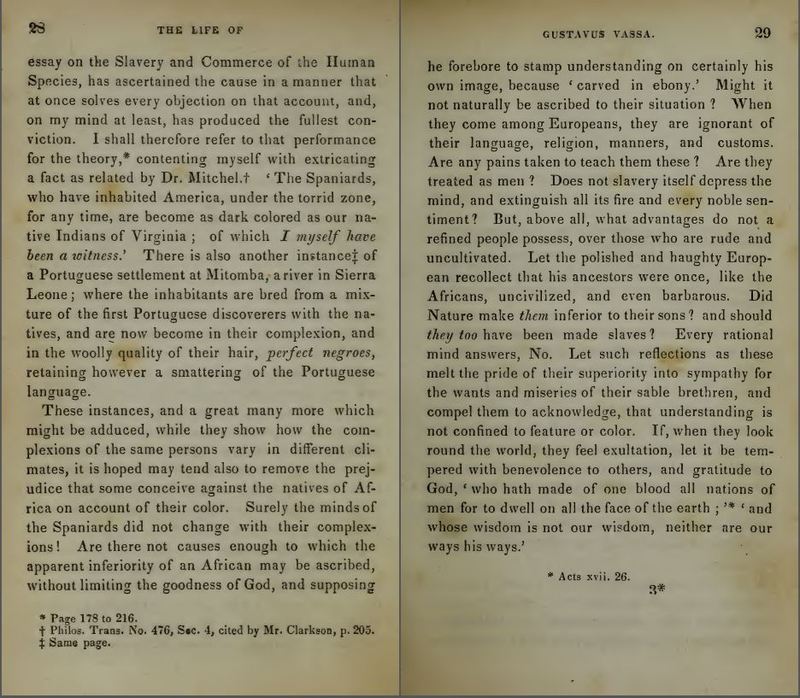 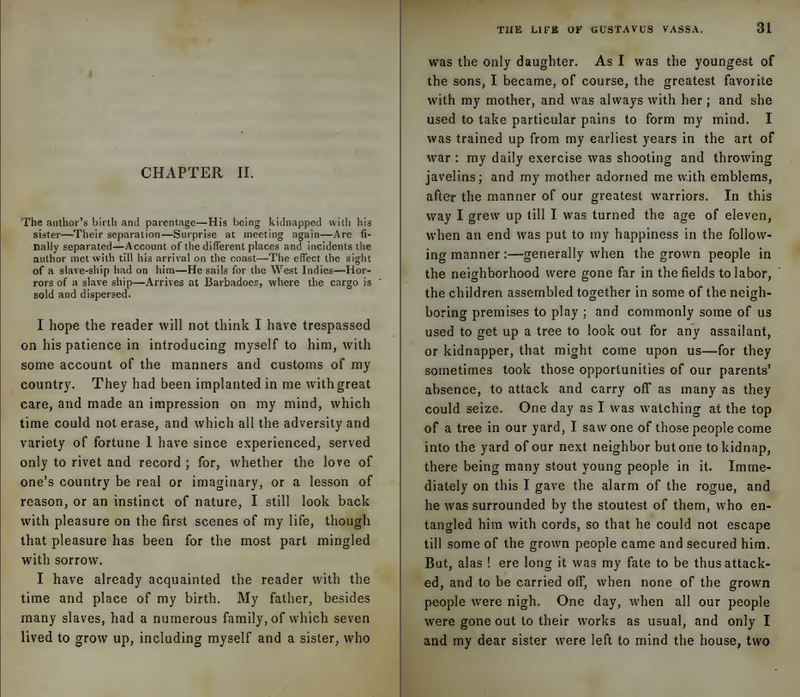 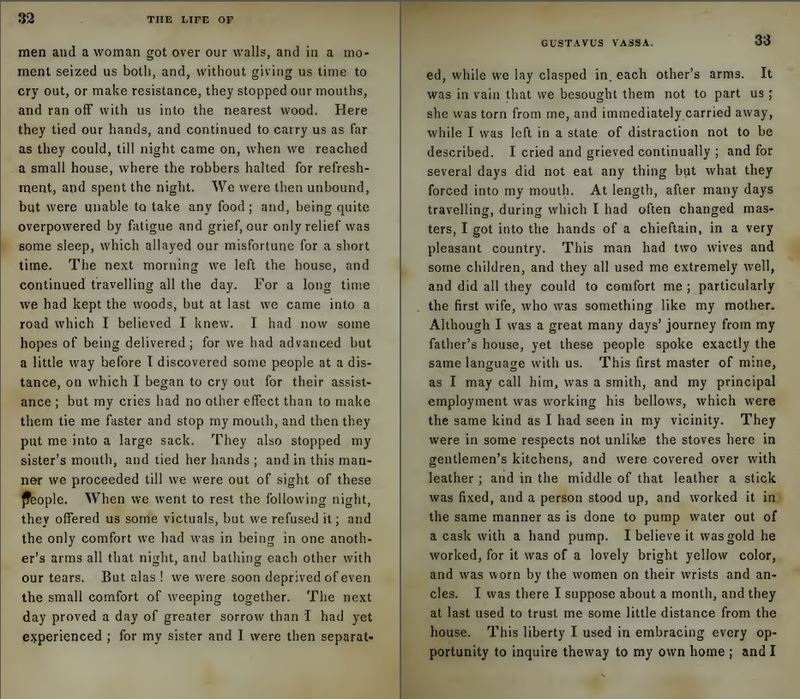 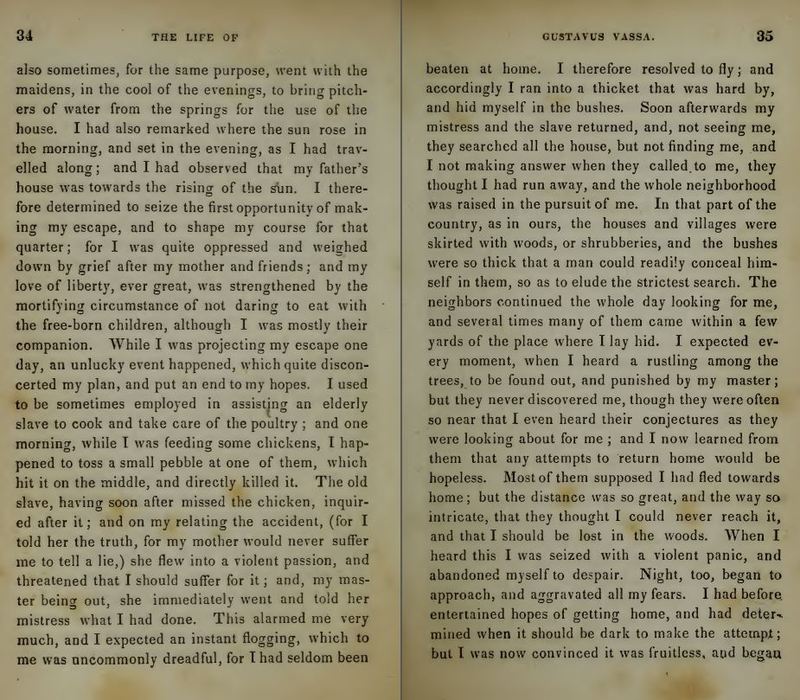 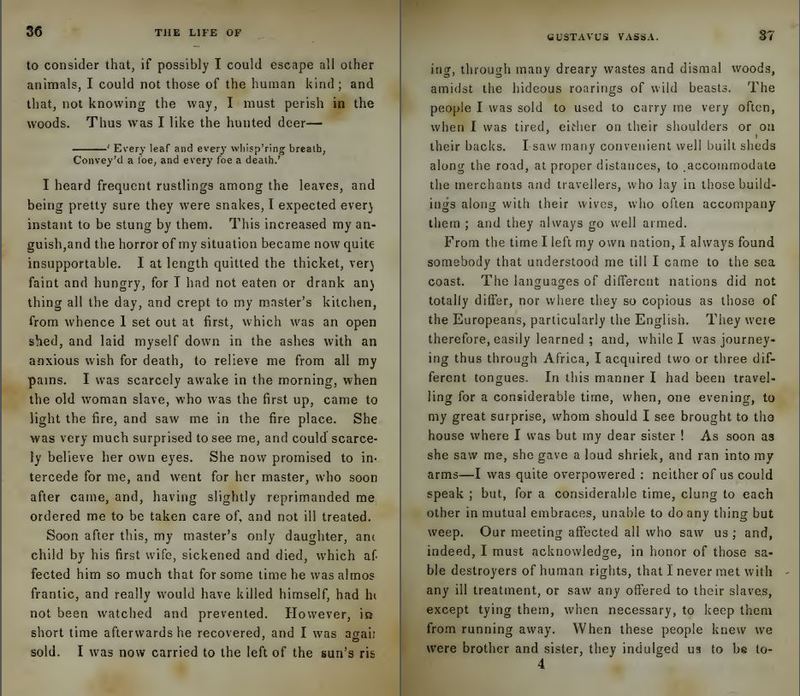 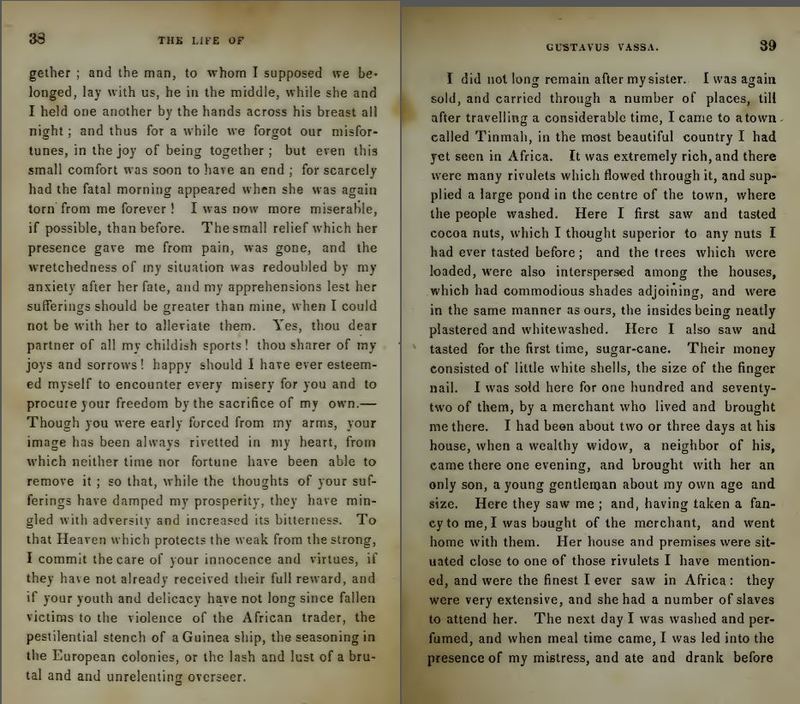 There are few enough slave narratives as it is; Olaudah Equiano's narrative is unique insomuch that he wrote it himself. He purchased his own freedom and became a prominent voice for abolition. For your consideration the first 74 pages of his narrative-- The Life of Olaudah Equiano.

Equiano identified himself as a member of the Ibo tribe. He was kidnapped at 11 years old-- while the adults of his village were away. He suffered the Middle Passage and was enslaved in Virginia, where he was sold to the highest bidder. In the early parts of his autobiography, Equiano goes into great detail about the horrors of slavery and what he saw on the plantation.

His life experience was no limited to Virginia. He was purchased as an English Naval Lieutenant and thus learned how to navigate on the treacherous Atlantic Ocean. While adventure may sound exciting, it was quite the dangerous life for Equiano. He did learn to read English from a cabin boy on a trip to England but that was instrumental to his abolitionist tours.

On one such tour, he was in Savannah, Georgia, where two white men voraciously claimed he was a runaway slave in order to enslave Equiano. As a global ambassador for abolition, he would speak in many countries including: Turkey, Italy, Genoa, Portugal, London, and Nicaragua.

He exposed a corrupt and murderous scam by the captain of the Zong that involved killing the enslaved people on his ship for the insurance money and he presented a petition of end slavery to Queen Caroline of England in 1788.

This is just an example of the interesting life of Equiano. His book does live up to its name.