The Triangle Trade connected three different global regions, but the Trade's three different points varried greatly. In North America, stops on the slave trade reached up and down the East coast. There were multiple points of the Trade in Africa, and the Central/South American points could stretch from the Caribbean to Brazil.

The African Slave Trade went through differnt ups and downs. The trade expanded African slave ports, and even made sub-systems of trade routes across different African regions. With the addition of European outposts and companies, the port cities expanded greatly. The slave ports' amount of outgoing voyages started to decline in the early 1800s (the United States outlawed the slave trade in 1807) and was at an all time low durning the mid 1800s (the time of the American Civil War). 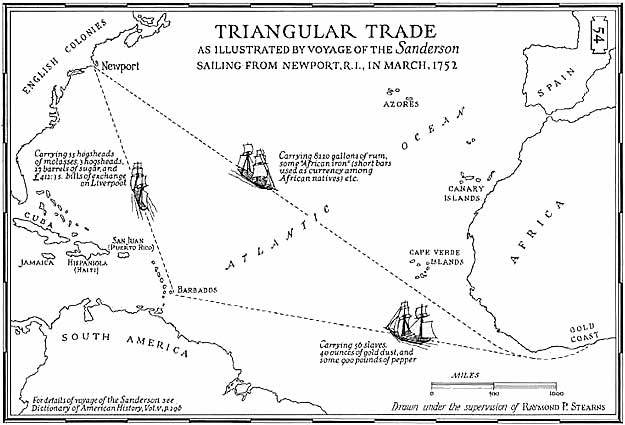 This is a map showing the voyage of the Sanderson, a slave ship. This is one of its voyages on the Triangle Trade route, which travels to Africa, the Caribbean, and North America.

A Spanish map depicting the Moroccan coast between Sale and Casa Blanca. These ports were trade points for the slave trade. 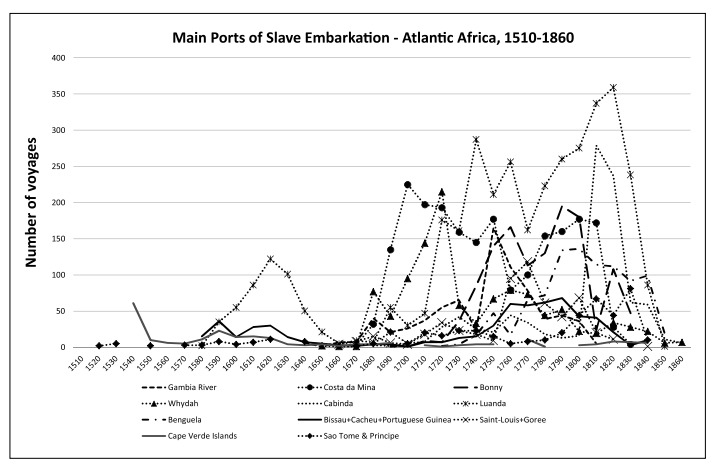 This graph shows the amount of voyages leaving Atlantic Africa's ports from 1510-1860.