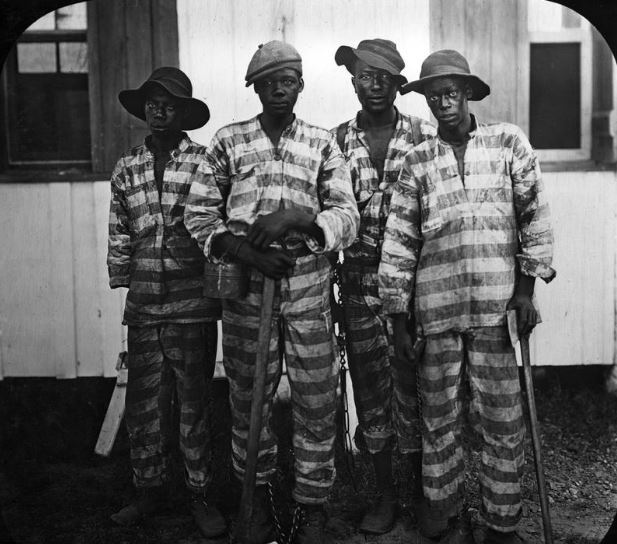 Photograph showing the conditions of African Americans caught up in the convict leasing program.

In an effort to undermine Reconstruction efforts after the Civil War, many states passed their own system of “Black Codes”—laws that were specifically designed to thwart the freedom granted to African Americans and keep some kind of similar system of labor in place in the South.

Considering the wording of the 13th Amendment, slavery could still be used as a punishment and therefore many states chose to take advantage of a convict lease program. This allowed the state prison to lease out its convicts to local companies, usually industries such as mining, lumbering, and railroad building. This also allowed states to legally disenfranchise African Americans based on their legal status.

There were different ways that the laws impacted African Americans, usually cloaked in the disguise of granting freedoms while realistically being very limiting and harmful. They could restrict property rights and create strict labor contracts; on occasion, these laws had measures designed to punish anyone who offered higher wages or any kind of better means to black laborers.