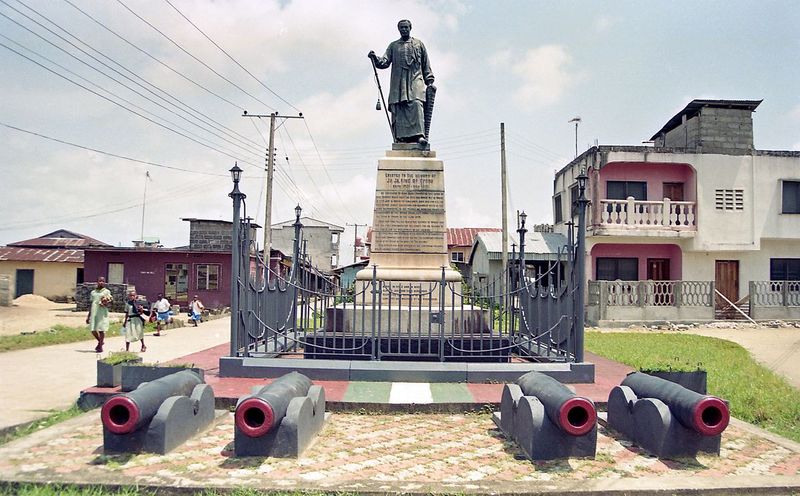 Monument of King Jaja in Opobo

King Jaja of Opobo was a very gracious leader who earned his way out of slavery by being a great businessman. By 1869 he had gained quite a large influence and started the opobo City-State. He started to dominate to palm oil trading in the area and at one point even traded directly with customers in Liverpool without an English middle man. In 1884, at the Berlin Conference, European nations declared that Opobo was a british territory but Jaja refused and kept taxing British traders. When he went to negotiate with them again he was arrested, tried, and sent to London where he would eventually meet Queen Victoria. In 1891 he was granted permission to return home but was alledgedly poisoned on the return voyage. Shortly after his death the stability of Opobo began to decline rapidly.