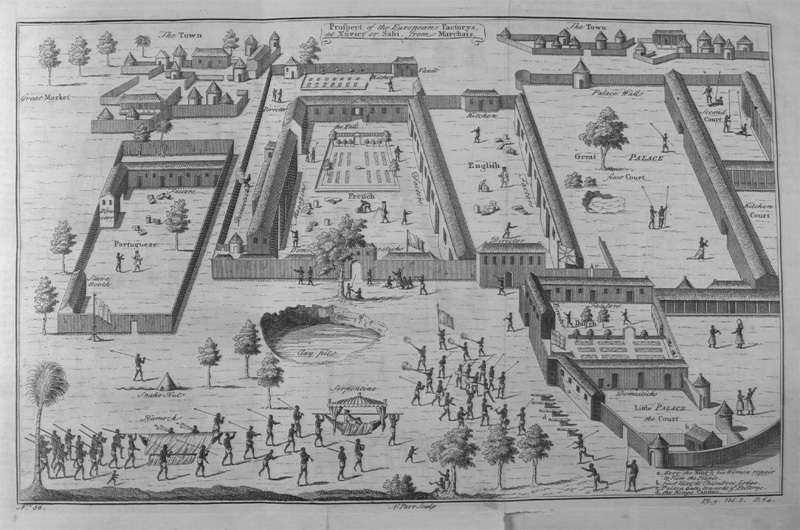 A depiction of what a slave trading port in Benin may look like.

Benin was at the forefront of the Sub-Saharan African Slave Trade. Slave ports in the region were usually large and during the post-colonial times an Oba may trade with the various European nations that came to trade slaves and other goods. The image clearly shows multiple sections of the port labled with the names of the Europeans that controlled that portion of the port, mainly the Portugesse who made their arrival to Benin first. It is important to show what a slave trading port was like in order to get more of an understanding of this part of the Trans-Atlantic Slave Trade.