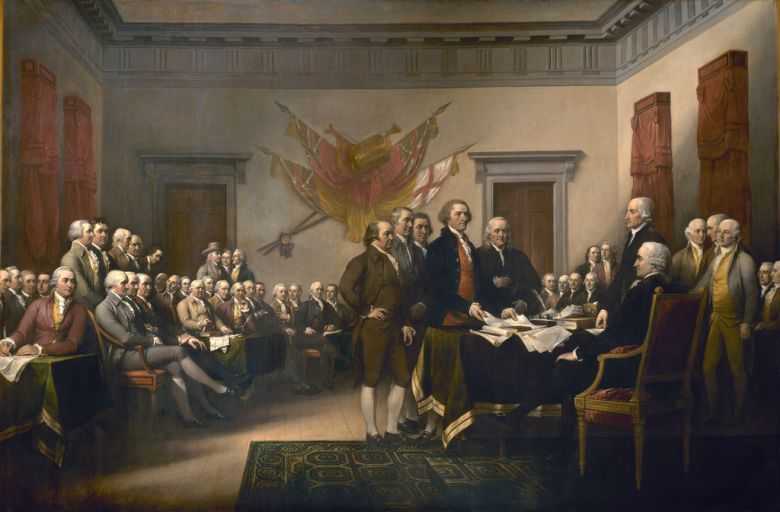 A painting depicting the meeting of the First Continental Congress.-

Before the thirteen British Colonies declared independence slavery had been a major part of the American economy for a very long time. Although the colonists wanted their own freedom and libirties there was still the great question of what to do about slavery. Many of the revolutionaries wanted to abolish slavery, believing that the institutions of slavery contradicted their revolutionary goals. The problem, however, was that slavery was such an intricate part of the economic and social life that it was simply not a subject that could be fully explored within the context of fighting a war and trying to create a new nation. And so, over time, American leaders that opposed slavery would try to squeeze it until it become irrelavent and uneeded.