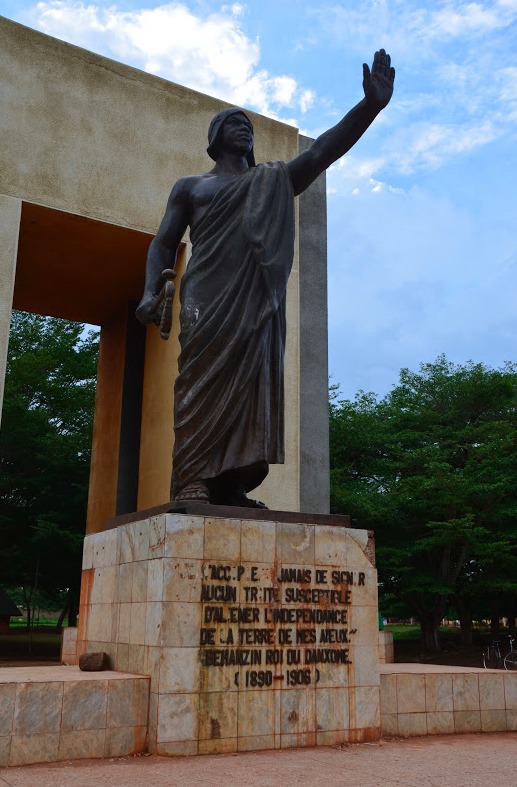 Monument of King Behanzin in Abomey. Reads, "I will never accept to sign any treaty making us susceptible by alienating the independence of the ancestor’s land."

King Behanzin was the last remaining traditional independant ruler of Abomey. Behanzin led the national resistance against the growing encroachment in his country between 1890-1894. He ran a hard line policy of isolating the Europeans, refusing to have meetings with them to negotiate, thus starting a war between his county and the French. The war ended in 1894 with the French taking control of Abomey and Behanzin was left in exile in Martinique and Algeria. Upon his deatn his remains were returned to Abomey. This monument pays tribute to his unwavering resilence agaisnt the French and his attempt as saving one of the last traditional societies left in Africa.