Frederick Douglass was an outspoken abolitionist, author, government official, women’s rights activist, and the most renowned African-American of his time. His advocacy for human rights helped to shape public opinion by shedding light on the evils of slavery. 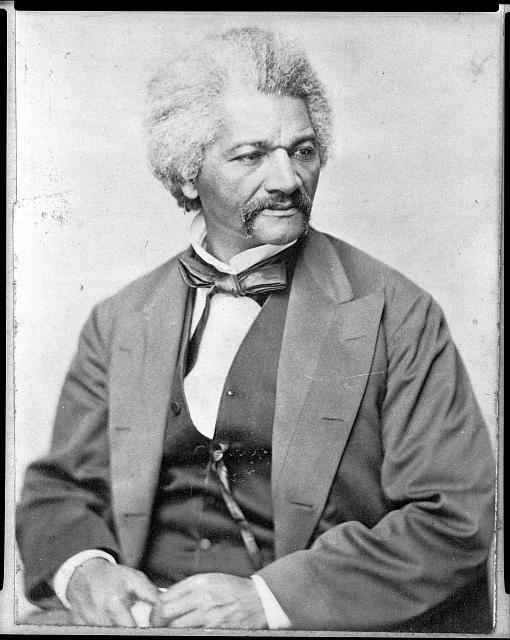 Frederick Douglass was born and immediately enslaved in Tuckahoe, Maryland around 1818. No one is certain the precise month or year. Douglass’ mother died when he was 10. At a young age, the plantation owners chose him to live in the plantation house. It is suspected that one of the owners of the plantation could have fathered Douglass. Despite it being banned, the slaveholder’s wife taught the alphabet to Douglass. The slaveholder prohibited his wife’s education of Douglass. He received the rest of his education from neighboring white children and neighbors. Reading political works and newspapers helped mold Douglass’ ideology against slavery. While on William Freeland’s plantation, Douglass taught enslaved people how to read the New Testament. Freeland did nothing to interrupt Douglass’ church services that were attracting over 40 people a week. Other local slaveholders did not share Freeland’s toleration. With threats of violence, they put a permanent end to the services.

In 1838, armed with a free black seaman’s identification papers and disguised as a sailor, Douglass bravely rode a train from Maryland to New York. Shortly after, Douglass married the free black woman that helped him escape to his own freedom, Anna Murray. They planted roots in the black community of New Bedford, Massachusetts. They had five children together, some of which helped him publish a newspaper called The North Star. Following Anna Douglass’ death, Frederick controversially married a white feminist named Helen Pitts. Douglass became a strong supporter of women’s rights. Abolitionist William Lloyd Garrison wrote how impressed he was with Douglass’ speaking abilities and tenacity. Shortly after, Douglass spoke for the first time at the Massachusetts Anti-Slavery Society’s annual convention in Nantucket. Douglass’ first autobiography, Narrative of the Life of Frederick Douglass, an American Slave, was published in 1845. Fearing recapture, he fled to Europe. He spent two years in Ireland and Britain. While in Europe, Douglass gave anti-slavery speeches. The people there bought his freedom and in 1847 he went back to the United States. Besides his autobiography, Douglass wrote books such as My Bondage My Freedom and Life and Times of Frederick Douglass. He also published other newspapers, Frederick Douglass’ Paper, Douglass’ Monthly, New National Era, and Frederick Douglass Weekly. During the Civil War, Douglass discussed the mistreatment of black soldiers with President Abraham Lincoln. He also met with President Andrew Johnson to address the issue of black suffrage. Douglass was the first African-American to be nominated for the vice presidency of the United States. He was on the Equal Rights ticket as Victoria Woodhull’s running mate in 1872. Douglass lost his life to a heart attack February 20, 1895. His final resting place is in Rochester New York at Mount Hope Cemetery. His outspoken resistance to the institution of slavery and abolitionist publications changed hearts and minds. He is a true inspiration yesterday and today.