Outside Influences in Morocco

Abolition in Morocco had many faces it was fought by the nations trying to gain control of the country itself. The British fearing their relationship with Morocco did not push to hard in the ending of slavery. Slavery in Morocco was justified by the belief that as long as they were treated good they had no reason to be freed. They believed that if slaves were freed that they would suffer from starvation.

These two excerpts from The Khalifate give a view of everyday life in Morocco and how abolitionist were trying to change it. It tells the horrors of slavery that they came across in Morocco and why they pushed against slavery. It also gives a little bit of their history of abolition in Morocco. 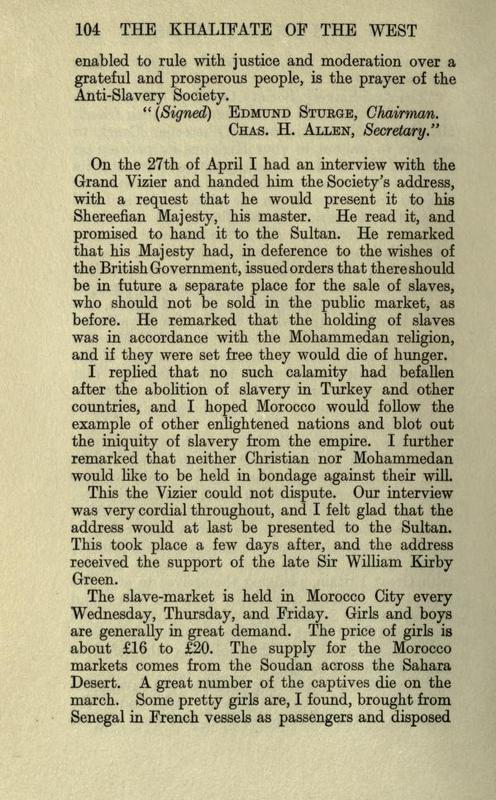 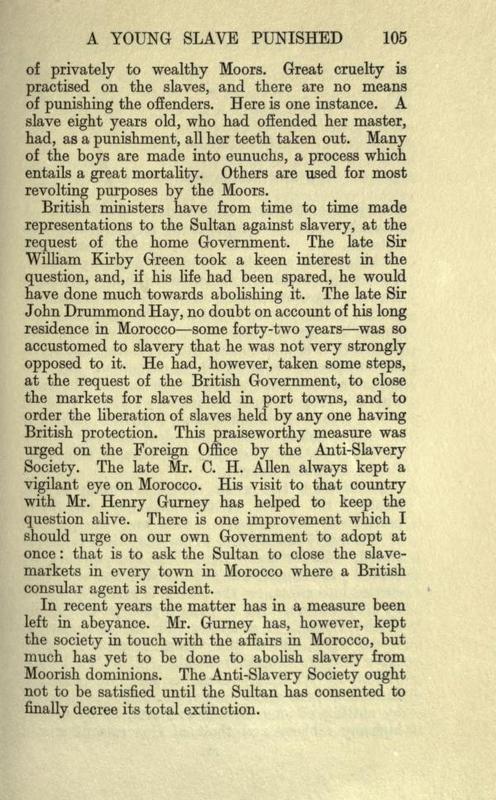 Before the Treaty of Fez was put in Place Morocco had slavery throughout. Though slave markets were brought indoors and out of the open that did not mean slavery had stopped. Slavery could be seen all over Morocco and before the treaty there was really no protections set in place for those who were enslaved. The treaty of Fez was brought about by the internal conflicts happening between the leaders of Morocco. The French were in Morocco because the British wanted the French to ignore what was going on in Egypt, and that one of the sides asked for help in exchange to become a protectorate of France. 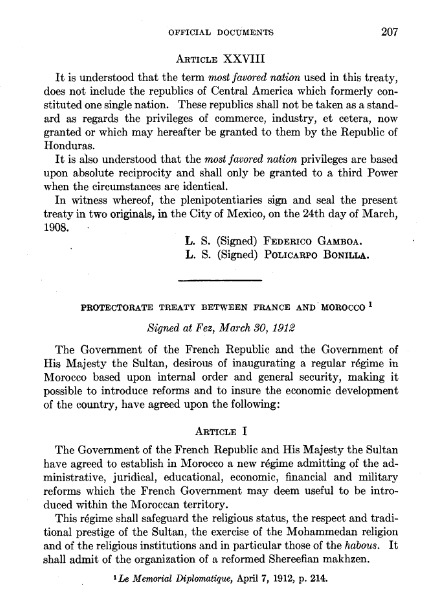 The Treaty of Fez was a treaty between France and Morroco making Morocco a French Procterate instead of a territory. This document started the cracking down of slavery in Morocco, since the British did not want to ruin the trade they had with the Morrocans they did not push for the end of slavery too harshly. The french on the other hand used this treaty to basically control Morocco and crack down on the slave trade that was based their. Though slavery was not abolitioned in Morocco till 1925. 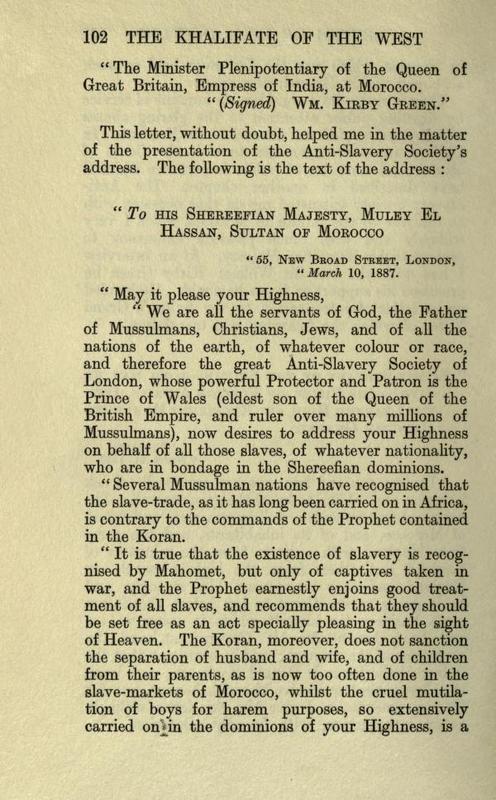 Edmund Sturge was an abolitionist in England who was at the time chairman of the British and Foreign Anti-Slavery Society when he wrote this letter. Learning that Sultan Muley El Hassan refused to abolish slavery in Morocco because he justified slavery through the Koran. Sturge addressed in the letter that slavery was included in the Koran, but those slaves were eventually freed. Sturge then insisted the slave trade and the slave auctions needed to cease in Morocco.