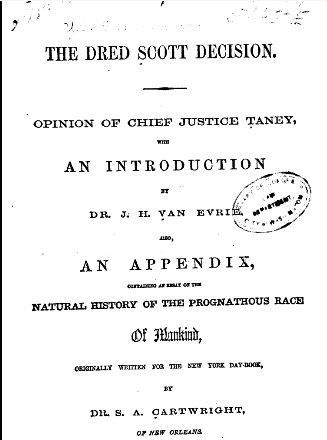 Excerpt explaining the decision of the Dred Scott case.

Officially known as Dred Scott vs. John F.A. Sanford, this legal case, in which the United States Supreme Court on March 6, 1857, set the precedent that an enslaved person who had resided in a free state or territory for a period of time was not considered free.

Dred Scott was an enslaved person owned by a man named John Emerson of Missouri. Emerson had to move due to his service for the U.S. Military and took his household with him to Illinois, a free state, and Wisconsin Territory, a free territory. During this time, Scott met his wife, Harriet; when they moved back to Missouri and Emerson died in 1843, they attempted to purchase their freedom from Emerson’s widow. When she refused, they sued for their rightful freedom.

The court decided that they did not have the grounds to claim their freedom. The decision further made the statement that African Americans were not, and never could be, citizens of the United States; furthermore, it ruled the Missouri Compromise of 1820 (which had selectively declared certain areas as free) was unconstitutional.

Throughout the decades before the Civil War, several hundred lawsuits for freedom were filed by or on behalf of the enslaved, although many times with similar results. The Dred Scott case is thought of by many Constitutional scholars as one of the worst decisions in Supreme Court history. 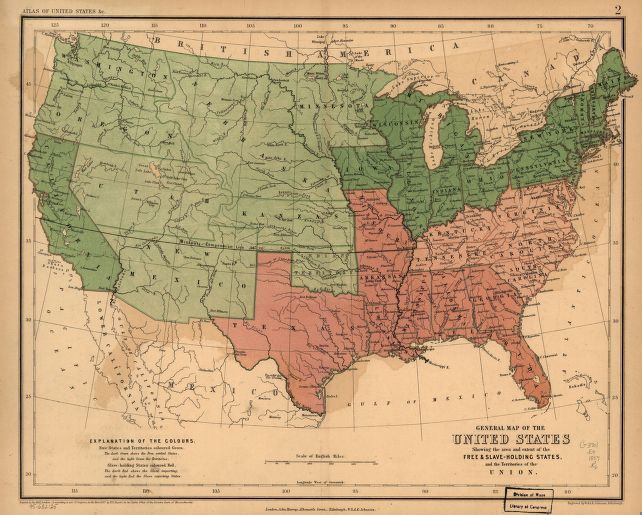